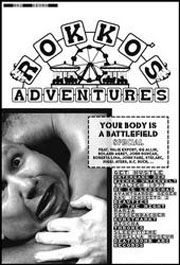 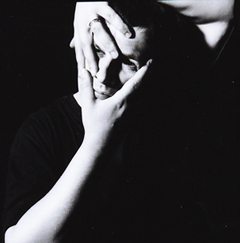 Daniel Krčál: When did you first hear about John Fare?

Nigel Ayers: In my early teens, I visited a squat in Wiltshire where I met a guy with the odd nickname of "Fairy". He had an American accent and wore combat fatigues, so I assumed he must have been a Vietnam veteran. He told me about this robotic suicide machine he´d had made and he carried a box full of different coloured glass eyes around with him. He had lost one of his eyes and his big toe. He wore these big combat boots and when he took his socks off, the stink was terrible.

Later in the 70s when I was at art school, one of the staff gave us a lecture about this performance artist who was having parts of his body removed at random and replaced with parts cast in bronze. I thought no more about this, nor did I ever connect this with the American guy I´d met earlier, until the early ´80s when I had a friend who I will call "Imaginary Friend A" who was working on a project for an exhibition of photocopied artworks on the theme of Crime as Art. If I remember correctly, it included photocopied artworks by John Fare, Brides of Christ II, the Neonaturists, Harry Roberts, Coil, Andre Stitt, Tara Babel, Stewart Home, Kathy Acker, Anna Banana, Vittore Baroni and myself. "Imaginary Friend A" was at this time working as a printer, he had made up this folder of about 20 or 30 documents all written on headed notepapers from real and imaginary art galleries and dealers - all denying any knowledge of the various artists taking part in the exhibition. He was using these to publicise, or rather anti-publicise the exhibition, which took place in a temporary gallery somewhere around Camberwell. I missed the actual show as I was gigging in Europe at the time. Some of these documents surfaced in the Coil booklet that Mick Gaffney edited.

DK: Did you think he´s a construct right from the start or did you consider him a real person, like many many others had before?

NA: I had met somebody who had met his description, though a long time ago. I assumed this is the person that "Imaginary Friend A" knew. "Imaginary Friend A" gave me the impression that John Fare was a real person who was pretending not to be a real person. If you go by the published denials, then John Fare is quite definitely not a real person. Elements of the John Fare story are obviously fake. But for something to be a definite fake, there has to be something that is definitely real that it´s impersonating, doesn´t there? 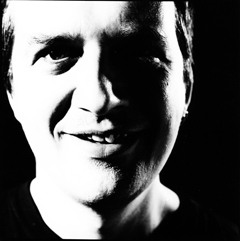 DK: The myth of John Fare seems to be a part of your work. He has been impersonated during a Nocturnal Emissions concert back in 1997 and later you released a CD with the title "Four Compositions Created For an Imaginary Performance by the Legendary John Fare". Could you tell us something about the concept behind both projects and your intentions for dealing with the topic "John Fare"?
NA: From what I understand, whether John Fare is myth or not, the annihilation of the idea of artist as celebrity is very important. Whereas some artists use sensationalistic media coverage to promote their work, to create a personal cult, the John Fare project has managed to keep that celebrity nonsense entirely separate from his work. As far as I know, they/he has/have never marketed his persona as a product. What they/he did instead was to encourage his/their friends to write to art magazines to deny Fare´s existence and any evidence of his work. Another great thing he did, which I think made his work stand out from the hundreds of performers who he inspired, was to insist that photographers were banned from his performances. He also stipulated that any documentation regarding his performance should be labelled as "imaginary" and that his associates should be referred to as "Imaginary".

I think his idea was that conceptual art, as it was then, wasn´t actually to do with concepts, but was a form of visual art concerned with a dubious kind of authenticity. He didn´t like the idea that typewritten texts, blurry photographs or video projections were becoming regarded as art just because they had been placed in art galleries. "Art that has to be put in a gallery to be art isn´t art", as Fare would put it. I think this idea is still very relevant, and I am not sure that many people have grasped it. Also the extreme purity of his work means this sort of thing can only be done by artists with comfortable private incomes. These ideas, although contradictory, are part of what inspired us in the early years of Nocturnal Emissions. We called our first album "Tissue of Lies". We also never released personal photographs and used a collective identity instead. What we found out rather quickly however was that this group persona was in itself very cultish. So we became very open about individual identities, and focussed on the idea that the project was in fact very removed from personality, or genre. So the way we attacked our own personal commoditisation was to integrate auto-destructive or entropic elements into our output, always a genetic hybrid. The second and third generations that followed had to mutate or die.

DK: Why do you think so many people want to believe in John Fare being a real person?
NA: These days, some people don´t believe they are real people until they have seen themselves on TV. People don´t feel they exist unless they are photographed. We have now reached the cyborg state that Fare predicted. Mobile phones and computers that do our thinking for us, and confuse abstraction with closeness. Fare´s project, of turning himself into a simulacrum through his automated destruction caused by his gallery interactions, anticipated these social processes. For there to be a fake, there has to be an authentic to be copied.

DK: Do you think that contemporary art needs a person doing such things?

NA: By refusing to be photographed and by denying and annihilating his own corporeal existence, John Fare has moved his body of work into the public domain. By denying his own existence, he has made his mythic existence stronger. His refusal to enter celebrity culture has to be commended. As the actor who played Fare said to me, "You can say what you want about me, just be sure to tell everyone that you made it all up, that I was an actor, that you never saw me, you have never seen me."

Winners come in all shapes and sizes